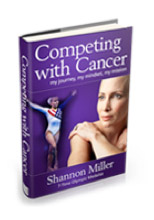 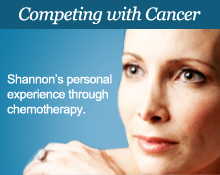 After being diagnosed with a rare germ cell malignancy (a form of ovarian cancer) in 2011, Shannon made it her mission to help others going through a battle with cancer. Shannon blogged during her chemotherapy and after discussing the positive and negative affects and how she use her Olympic mindset to overcome the biggest challenge of her life. 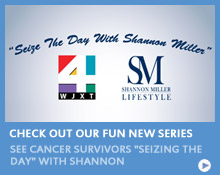 Seize the Day with Shannon Miller

Shannon capped off a challenging year with Seize the Day, a series of shows with Channel Four WJXT. During each episode, Shannon takes a woman’s cancer survivor to Seize the Day with a challenging activity that she has always wanted to do. Episodes include Trapeze High Florida, Richard Petty Driving Experience, Marineland, Catty Shack Ranch Wildlife Sanctuary, Jacksonville Zoo and Gardens, Crocodile Crossing at St. Augustine’s Alligator Farm.