The Skinny on the Antioxidant Astaxanthin — Part 2

There is one antioxidant that has earned the title of “King of the Antioxidants.”

Now we’ll explore what astaxanthin is, how it can prevent and eliminate many diseases and also how it fosters high-level wellness – no matter your age.

Great health begins in the kitchen by choosing the best superfoods and natural supplements that can help heal the body from head to toe, inside out. In Part 1, I wrote about the essential role of antioxidants to neutralize and mop up the free radicals in your body and introduced you to the most powerful antioxidant discovered to date — Astaxanthin. In this next blog in the series, we will explore more about this “King of the Antioxidants” and how you can take advantage of its healing properties.

For a quick review, astaxanthin is a red plant pigment that belongs to the same carotenoid family as beta-carotene, lycopene, and lutein, and gives plants and fruit their vibrant colors. It can be obtained from a few sources such as salmon, shrimp, red trout, fungi, and microalgae and microalgae is the most potent of them all and what the fish consume to get their astaxanthin. In other words, it’s the original source. It’s a marine microalgae called H. pluvialis. 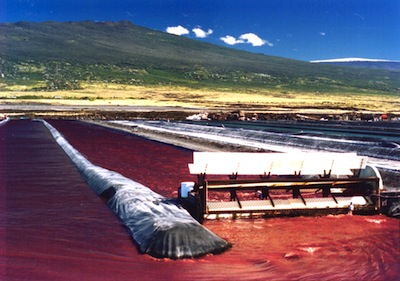 When I give seminars and workshops worldwide on antioxidants, astaxanthin and microalgae, there’s always someone in the audience who makes a comment about algae being the scummy stuff that grows in her bathroom. But there’s a world of difference from what grows in a shower and what’s cultivated by nature. Let me give you a brief course in Algae 101.

Algae were the first plants to appear on the planet. Billions of years ago, they transformed the carbon-dioxide-based atmosphere to an oxygen-rich atmosphere in which other life forms could evolve. Perhaps you’ve seen this green or red stuff growing in the ocean or lakes, but, like land plants, there are countless different species of algae; algae come in different colors and sizes and provide everything from deadly toxins to potent medicines. Of the more than 30,000 species of algae, blue-green algae, such as Spirulina, are the most primitive. They contain no nucleus and their cell walls are soft and easily digested, unlike those of other plants that contain hard cellulose.

The algae produce astaxanthin in response to stressors such as excessive sunlight, changes in the water pH, or lack of nutrients, for example. The astaxanthin shields the algae from the crisis, and absorbs free radicals to protect it from injury. And the astaxanthin offers such potent antioxidant protection, these algae can survive up to 30 years without water during times of drought. Once the water reappears, the algae pops back to life. That’s the type of antioxidant capacity that these microalgae can produce with astaxanthin. Imagine having that kind of antioxidant payload within your body. And now we can through astaxanthin supplements from Hawaii.

Comparing the Forms of Astaxanthin

• Krill contains about 120 parts per million of astaxanthin

• Shrimp provides about 1,200 parts per million, and

Now you can see why I take and recommend that you also take a the supplement called BioAstin Hawaiian Astaxanthin every day. When we go right back to the original source — the original manufacturer of astaxanthin from nature — gram per gram — it’s 40,000 parts per million. So you see, it’s far more concentrated and it’s far more potent in the microalgae source. That’s why it’s the best choice for the source of astaxanthin.

Astaxanthin Earns the Title of “King of Antioxidants” 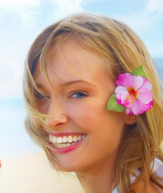 Truly, by its sheer uniqueness, this antioxidant, the astaxanthin molecule, is very different from other carotenoids in that it positions itself across the entire cell membrane—a portion of it attaches to the exterior of the cell; a portion to the interior; and another portion spans across the entire lipid layer. Dr. Robert Corish, MD, one of the world’s leading experts in astaxanthin says this about its uniqueness. “It offers protection on the outside of the cell from free radicals, the inside of the cell where there are free radicals being generated, and also this lipid fat layer where we always hear about lipid peroxidation. It’s perfectly designed to protect all parts of the cell.” It’s really very global when it comes to cellular protection.

As mentioned in Part 1, and what makes it a much more powerful antioxiant than vitamins C and E, astaxanthin can handle multiple free radicals simultaneously — in some cases more than 19 at the same time, while C and E typically only handle one free radical at a time. It does this by forming an electron cloud around the molecule. This is known as the electron dislocation resonance — an impressive name that means it’s awesome indeed! When free radicals try to steal electrons from the astaxanthin molecule, they’re simply absorbed into and neutralized by this electron cloud, all at once! So its harm is being diffused, and the energy is diffused as heat. 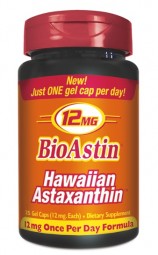 I am often asked: “Can astaxanthin be taken with other medications and are there any negative side effects?” This is an excellent question because it’s always important to be cognizant of side effects, even when dealing with natural substances such as astaxanthin. Fortunately, astaxanthin is safe to take with medications and also has a flawless safety record. No harmful side effects have been noted in any of the safety studies performed. And according to Dr. Corish, the only side affect that we’re aware of is that if you take high doses — to the tune of about 50 milligrams a day — you might get an orange hue to your skin, tantamount to what happens if you drink too much carrot juice. I’ve done that before with carrot juice, and I just cut back. But you are not going to take 50 milligrams of astaxanthin. I recommend 12 milligrams a day for most people. Being a fat-soluble supplement, it has a propensity to go into your subcutaneous tissue. But it’s no cause for alarm. It will not harm your health in any way. Make sure you take it with a meal that has fat in it, since it’s a fat soluble supplement. It takes about three months to fully saturate your body, so I always recommend to start with at least a 90-day supply. Remember, there have been more than 500 scientific studies done on astaxanthin corroborating that it’s the best antioxidant ever discovered.

In the next blog in this series, Part 3, I will discuss in detail how taking a natural supplement of astaxanthin is beneficial for reducing wrinkles and inflammation, supporting brain and eye health, abating chronic pain, improving heart health, boosting immunity, protecting our skin from the sun, and so much more. Here’s something you’ll probably want to know right away. For years, most of the women in Japan and Asia have been taking astaxanthin for beautiful, youthful skin — to reduce, eliminate and prevent wrinkles. It’s known to be a superb, made-by-nature anti-aging supplement, too. But you need to get the best one, which is called BioAstin Hawaiian Astaxanthin. –  Keep reading to find out how to get a 25% discount on your order of Astaxanthin.

Call 1-800-453-1187 and use the code – VIBRANT – to order astaxanthin (and Hawaiian Spirulina — two superfood supplements I take daily and wouldn’t be without) and get a 25% discount.  You can also order online and also receive a Gift Copy of my 95-page eBook, The Curative Kitchen with each order.