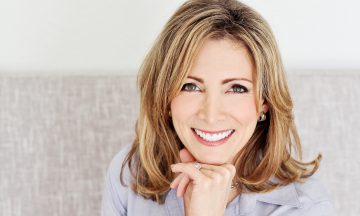 We’re ONE YEAR OUT!!

Today is incredibly special for a couple of reasons. July 23rd is the anniversary of that golden moment during the 1996 Olympic Games in Atlanta. That night, 23 years ago, I was blessed to be a part of the Magnificent 7 which won the first-ever Women’s Gymnastics Team Olympic Gold Medal in the U.S. history!

I can still remember walking into the arena to nearly 40,000 screaming people with flashbulbs going off like the 4th of July, and the audience cheering U-S-A. For this 19-year-old bookworm from Oklahoma, it was truly incredible. Maybe a little daunting. I wanted to do well; I wanted to be an asset to the team. I kept reminding myself how amazing it was to have that kind of support. (Now if I could get a few people cheering every time I finished the dishes or did six loads of laundry without turning anything pink, we’d be on to something, 😉)

It’s always fun to look back at old video and think about how fortunate I was to be a part of something that brought so much joy to others. I love hearing stories of where people were and what they were doing that night. Some were in the building, others gathered around with family, one was in labor! But so many people have a story. And, I guess I have mine as well, although it was a whirlwind. We were whisked off the podium to numerous interviews, most of which attempted to pry more than one-word answers out of me. This was before social media, really before most had internet (scary, huh?) and before I found my voice. Now, I talk constantly—I guess I’m making up for lost time.

Among the many things I take away from that time is the incredible audience and support we felt. So today, which also marks One-Year-Out from the Tokyo Olympic Games, I’m excited to be a part of that audience cheering on these athletes that have worked so hard for so long to represent their country. I’m fortunate to be able to attend the Olympics (and call it “work”) when, mostly, I get to talk about something I love, and cheer on great athletic feats.

Mark your calendar for “sick” days now, because The Games will be here in no time at all!