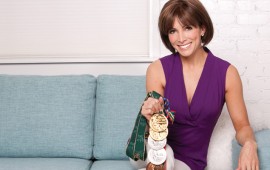 The Printing Industries Alliance (PIA) will host a very special evening on Tuesday, September 17, 2013 at The Lighthouse at Chelsea Piers in Manhattan. The Franklin Event is recognized as the highlight event of the graphic communications industry. For over the past half century, their $20 billion community has presented the prestigious Franklin Award for Distinguished Service and Power of Communications Awards to world and industry leaders in acknowledgement of their outstanding accomplishments and contribution to national and international culture.

PIA’s Franklin Committee feels that the 2013 Franklin Award should be given to Miller as one of the most extraordinary athletes and worldwide Olympic champions in history. PIA says, “As an icon of sportsmanship in its purest form, (her) lifetime body of accomplishments, dedication and courage has contributed to a more insightful international understanding of the American ‘can do’ spirit—one that will forever shine as a beacon of the many freedoms our nation provides.”

Also being honored will be three Power of Communications Award recipients: John Tempest (posthumously for Printing); Jeannette Rivera-Ramos, Manager, Sourcing and Procurement, Verizon (for Advertising) and Anthony Cenname, Publisher, WSJ Magazine (for Publishing). These awards were created to recognize individuals who have positive influence and creative excellence within the graphic communications industry.